Is it considered fine art?

The first time I saw the name Peter Lik was about 20 years ago in a book store in Australia. He had published a number of small regional coffee-table books, the kind tourists would buy as a souvenir. The following years while I was working on a large photography project in Australia I noticed an amazing increase in his products in book, magazine and tourist stores. He had exploited an excellent niche which Steve Parish, another Australian photographer, had found years earlier. Both photographer’s ability to mix their photography skills with even better marketing abilities led to their great success.

In the early 2000s I visited Peter Lik’s gallery in Cairns/Queensland. The exhibited prints were mostly highly saturated panoramas of generic subject matter, excellently composed but in many cases lacking ideas and artistic individualism.

“In the late 90s, Peter took a giant leap forward, taking on a massive project now known as Spirit of America. After fifty thousand miles and 1,000 rolls of film, Peter had revealed landscapes from all 50 United States, completing the “biggest challenge of my life.” From there, it was only onward and upward for this remarkable success story.

In 2014, Peter shattered all world records by selling the most expensive photograph in history. Phantom  his black & white masterwork depicting a ghostlike image at Antelope Canyon, was acquired for an astounding $6.5 million. To accompany this sale, Peter’s images Illusion and Eternal Moods were also acquired for $2.4 million and $1.1 million, respectively. Along with his sale of one for $1 million in 2010, Lik now holds four spots out of the top twenty most expensive photographs ever sold. These historic acquisitions not only gained Peter international acclaim, they secured his position as a leader in the field of fine art photography.” (Peter Lik’s Bio)

There are still doubts whether the 6.5 mio dollar sale really happened. I found an interesting article about it in the New York Times .

But what I do know is that in my opinion Peter Lik cannot be called a fine art photographer. To explain why, we should look at the definition of fine art:

Peter Lik wasn’t the first photographer to have the vision for a Phantom-like photograph. Other photographers had it before. The first time I saw a similar print was in Michael Fataly’s gallery in Page/Arizona in the late 90’s. The difference between Fataly’s and Lik’s 6,5 mio dollar Phantom was color versus black and white. It is easy to copy somebody else’s artistic vision. But can this be considered fine art?

Phantom is not Lik’s only copied subject. Looking at his work I discover many other artists he stole ideas from, among them David Muench.

However, Lik being a master in self-promotion and marketing found a way to make money with American landscapes others couldn’t. He started a whole new generation of followers who are now swimming in the wake of his success. They all claim to be fine art nature photographers using Peter Lik’s style and name. Nevertheless their oversaturated and generic work sells. Can we blame them? In the end everybody wants to survive in the highly competitive business of nature photography. It is up to the customers to decide if they want to pay $5,000 or more for the same print that is being offered by several photographers as a so-called “limited fine art print”. The buyer should just be aware of the fact that none of these copied prints are being considered fine art. They would be better off buying a poster of the same subject from one of the cheap online poster shops.

It seems the modern trend is to put more energy into promoting the printing material than the actual artwork itself. It is comparable to packaging a cheap present in fancy wrapping paper.

Surely it isn’t easy to define the exact borders for fine art photography. But looking again at this statement “The goal of fine art photography is to express an idea, a message, or an emotion created in line with the vision of the photographer as an artist” clearly tells us that copying originals is not part of it. 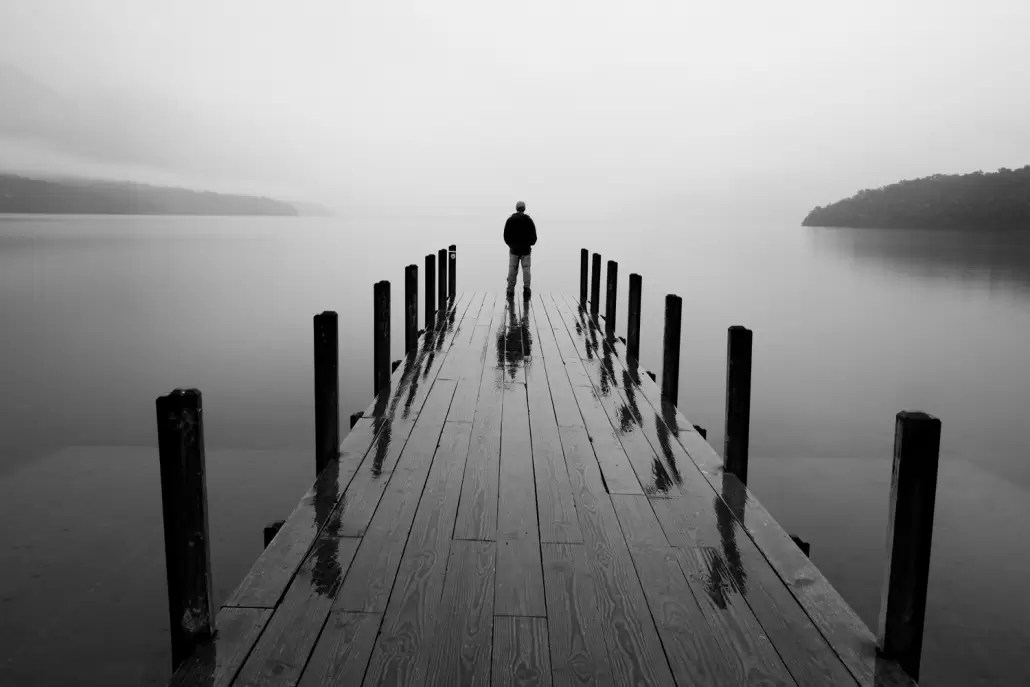 A few years back I had been working on landscapes on New Zealand’s South Island when I got stuck in a heavy rain period that lasted for days. There was only so much I was able to do with rainy landscapes until I ran out of ideas, got depressed and felt a bit lonely. I was the only person on the campground and didn’t see another soul for days. That is when I came up with the vision for the image Loneliness  above. I positioned my camera on the tripod at the beginning of the pier, then walked to the end and clicked the shutter with a remote control. 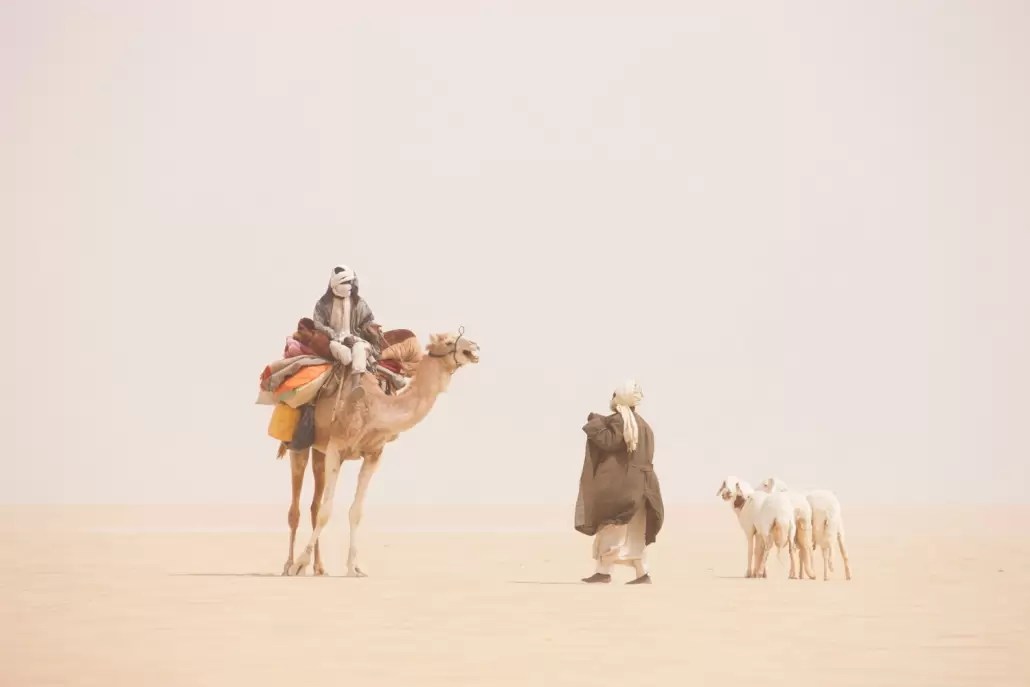 I am generally grateful for any weather condition for my landscape photography art but blue sky. That doesn’t mean that images showing blue sky cannot be fine art. However I prefer nature’s powerful weather elements as a base for my work.

In February 2019 I was traveling across northern Chad which is part of the Sahara desert. For days we were dealing with a fierce sandstorm that reminded of driving in thick fog. Sometimes we didn’t see a single person for days. We were in a particular lonely part of the desert when we spotted a man on a camel and another walking with 2 goats moving towards each other seemingly unaffected by the severe sandstorm. We arrived at the scene when they had just joined. This situation was totally bizarre. The next human habitation was a long ways away. The wind was blowing so hard that you had to lean against it.  And the air was so saturated with sand that you couldn’t see much further than 100 meters. And here are two local men having a chat like everything around them was perfectly normal. 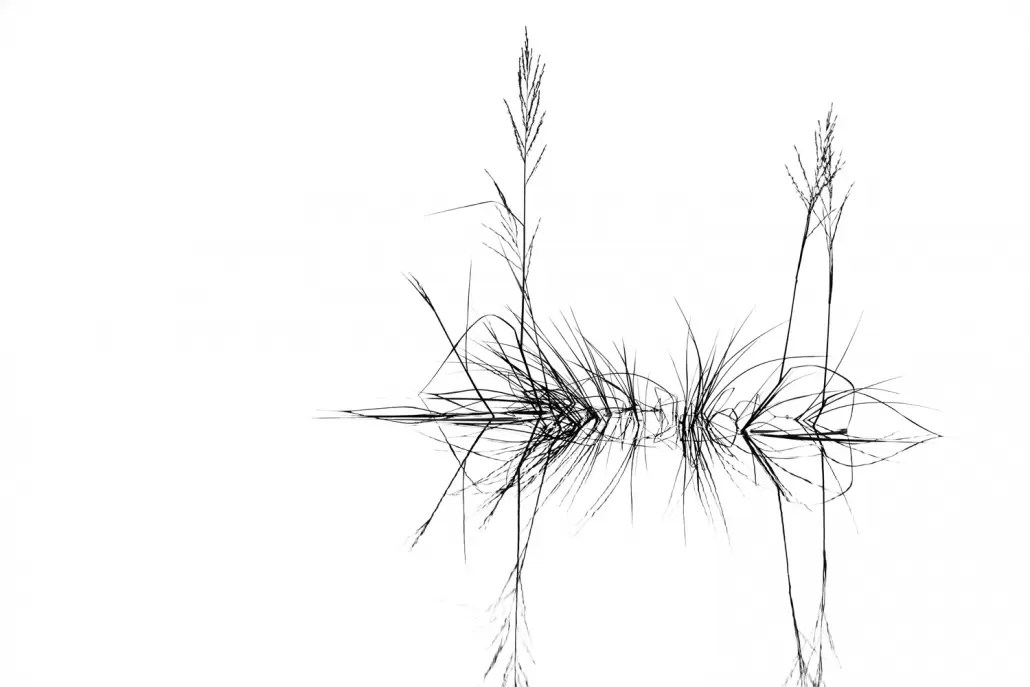 I discovered these blades of grass in a small lagoon while on safari in Botswana’s Okavango Delta. It had been a “slow” morning for wildlife sightings. We often forget that beauty and excitement can also be found in small things.